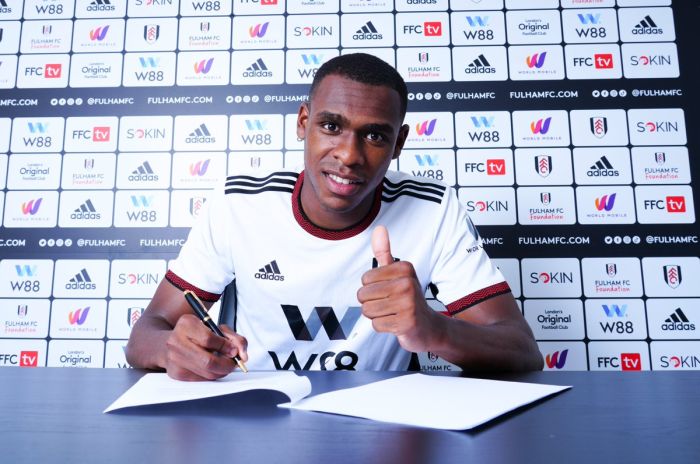 French defender Issa Diop, 25, has moved from Fulham in London to West Ham, according to the club's website.

The sides have signed a five-year contract. He will play under number 31.

Fulham paid 17.7 million euros for the transfer, according to Sky Sports.

Issa Diop moved to West Ham from French side Toulouse in 2018 for a record transfer fee of 25 million euros for the London club.