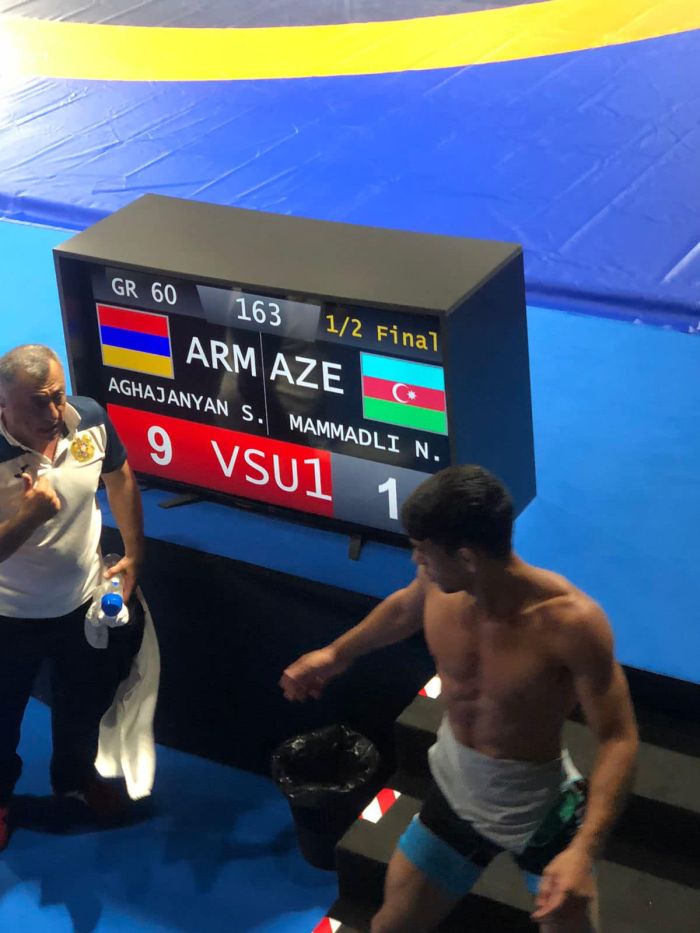 Aghajanyan's opponent in the final will be Georgia's Dmitri Khachidze.

Ashot Khachatryan (67 kg) made it to the finals as well, beating Ukrainian Marian Khobulovsky 4-1 in the semi-finals.