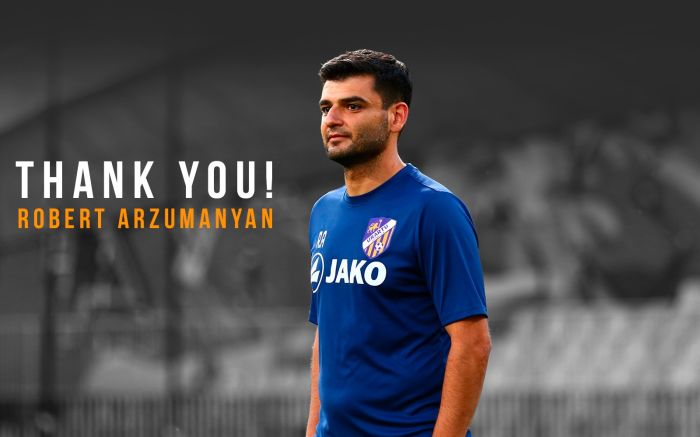 Robert Arzumanyan has been the head coach of Urartu since March 2021. The team under the guidance of the specialist played 53 matches. In the season 2020/2021 they won the bronze medal of Armenian Premier League and booked a spot to the European Cups, representing Armenia in the UEFA Conference League. In the 2021/22 season Urartu players reached the final of Armenia's Vbet Cup.

The club thanked the 36-year-old for his fruitful work and wished him success in his future career.