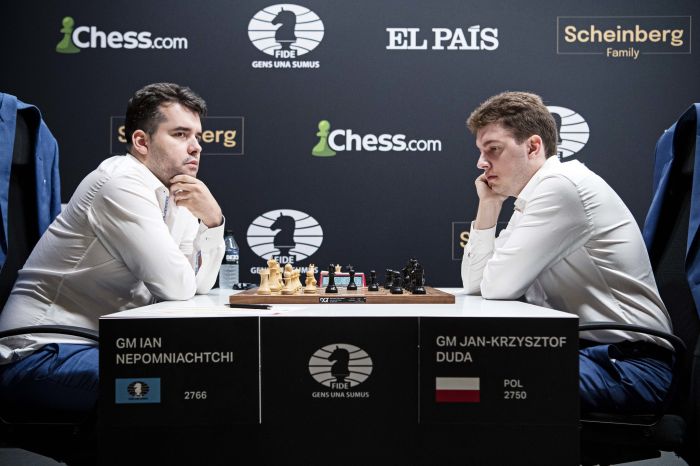 In the sixth round of the Madrid Candidates Tournament, Russia's Ian Nepomniachtchi defeated Poland's Jan-Krzysztof Duda by white and moved to the top of the standings with 4.5 points.

The rest of the games recorded draws.