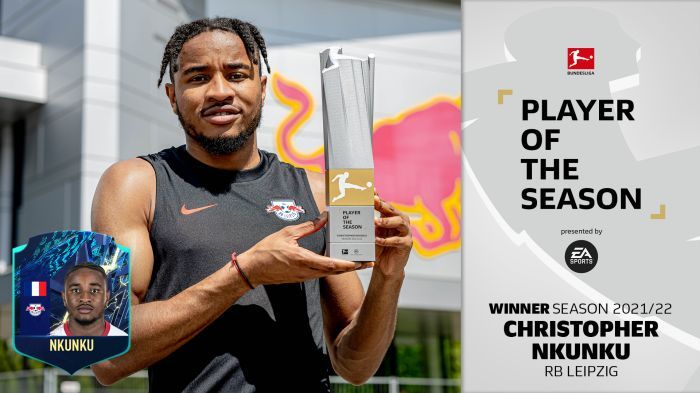 The Manchester club will offer 70 million euros for the transfer of the 24-year-old French midfielder, Goal.com reports.

In the finished season Nkunku took part in 51 matches with RB Leipig, scored 35 goals, made 20 goal assists, was recognized as the best player in the Bundesliga.

Nkunku was transferred from French PSG to RB Leipzig in 2019. He is a student of PSG. Transfermarkt estimates the transfer value of Nkunku at 65 million euros. His contract with the German club runs until 2024.