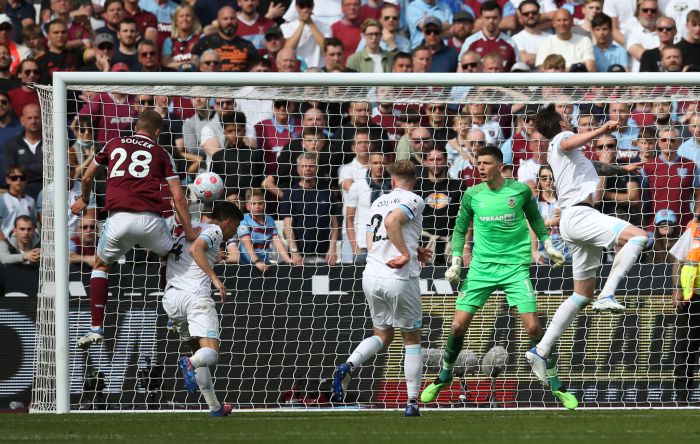 London's West Ham played in a draw with Burnley in the match of the 33rd round of the championship of England.

West Ham are seventh with 52 points, two points behind sixth-placed Arsenal who have two matches to spare. Burnley are 18th.