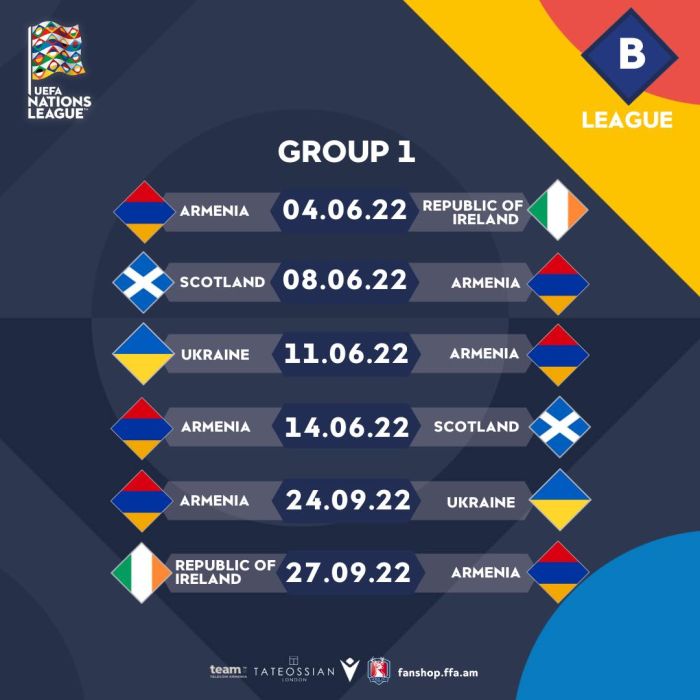 The original schedule for Armenia's national team matches was altered due to the fact that the World Cup playoff game between Scotland and Ukraine, which was scheduled for 24 March and subsequently postponed, will take place on June 1.