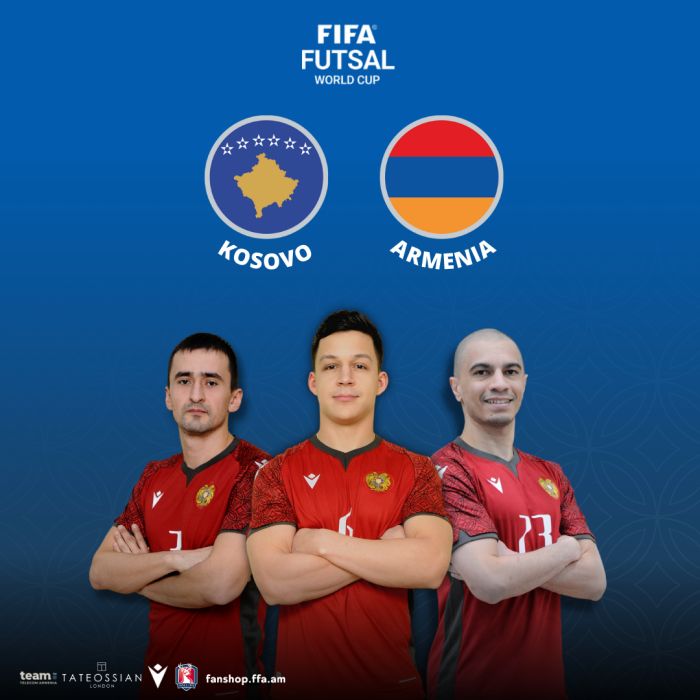 The Armenian national team celebrated its third win in the qualifying round of the 2024 World Futsal Championship and took the first place with 9 points.

Armenian team headed by Ruben Nazaretyan recorded 2-1 win over Kosovo in the third round.

Armenia defeated Scotland 11-0 in the first round, and in second Bulgaria 3-0.

A draw for the second qualifier will be held on 6 July. 36 teams will be divided into 12 groups.