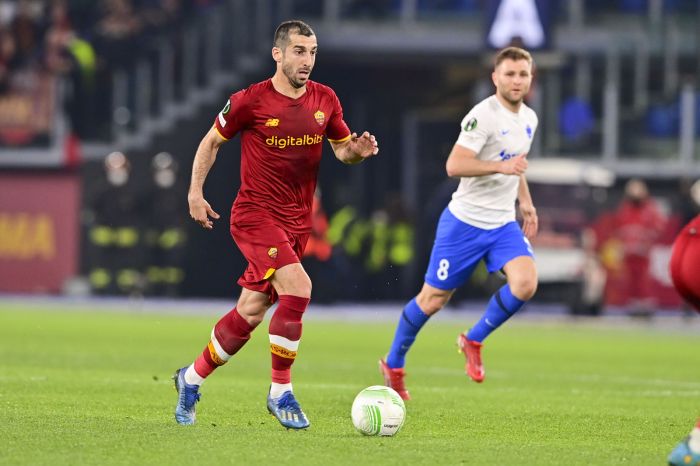 Roma hosted Vitesse in the second leg of the Round of 16 of the UEFA Europa Conference League, and the two clubs played a 1-1 draw.

Armenian national football team former captain and midfielder Henrikh Mkhitaryan was in the starting lineup of Roma, and he played the whole match.

Roma reached the quarterfinals thanks to their 1-0 win in the first leg.