IOC President about Valieva: This pressure is beyond my imagination and in particular for girl of 15 years 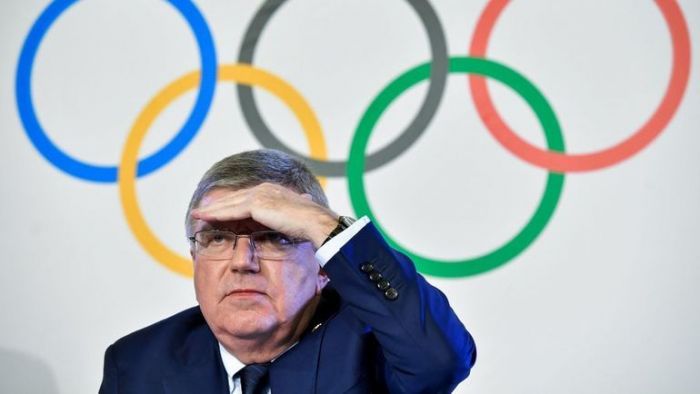 The President of the International Olympic Committee (IOC) Thomas Bach commented on the participation of 15-year-old Russian figure skater Kamila Valieva in the 24th Winter Olympics in Beijing and the decision of the Court of Arbitration after her positive doping test, reports BBC.

The IOC, the International Figure Skating and the World Anti-Doping Agency demanded that Valieva be suspended for her December doping sample, which contained a banned drug (trimetazidine). The Court of Arbitration for Sport, considering his age, allowed participation.

In the women's single skating Valieva took fourth place, although she was in the lead after the short program. Became the champion of the Beijing Games as part of the Russian team in the team competition.

"You do not solve problems by ignoring them. We were not ignoring them, we were addressing them and lost the Cas case. This is the rule of law," said Bach. However, the IOC decided not to hold the awards ceremony because the case is not yet closed. The investigation is still ongoing. There was no chaos, there was justice and a court decision. "But this is a 15-year-old girl who had a drug in her body that should not have been there. The ones that administered it to her, these are the people that are guilty. Yesterday I must say I was very, very disturbed yesterday when I watched the competition on TV. I know from my athlete's time a little bit about pressure, but this pressure is beyond my imagination, and in particular for a girl of 15 years. And to see her there struggling on the ice, seeing as she tries to compose herself again," said Thomas Bach

According to Bach, Valieva was struggling on the ice, trying to pull herself together, it was very hard, but she wanted to follow through. Every movement showed how hard it was for her. It's hard to envy someone who is under that kind of psychological pressure. She probably wanted to leave and forget that story, but she did it to the end.

"When I afterward saw how [Valieva] was received by her closest entourage, with such, what appeared to be a tremendous coldness. It was chilling to see this," Bach said. The whole thing made him feel cold. There was an air of coldness instead of support for the athlete and he doesn't think Kamila's environment was trustworthy. "I can only wish for [Valieva] that she has the support, then, of her family, the support of her friends, and the support of people who help her over this extremely difficult situation," Bach said.

Before the free skating program, the IOC announced that if Valieva won the medal, her result would be considered preliminary and there would be no award ceremony. The award ceremony for the figure skating team tournament was also cancelled.