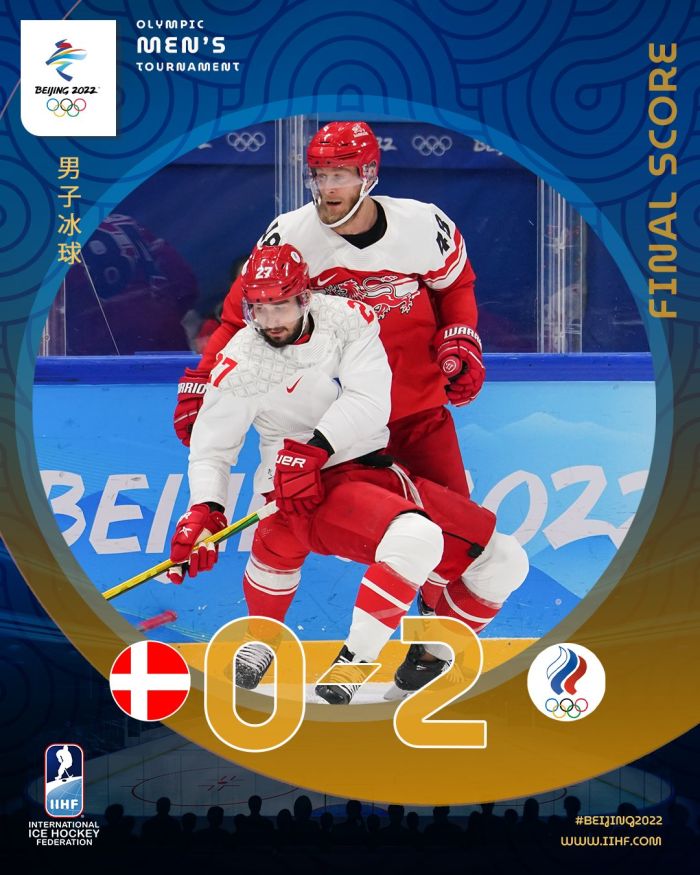 The Russian hockey team claimed its second victory at the 24th Winter Olympics in Beijing.

In the second round of the group stage, the Russian team defeated the Danish team with a score of 2-0.

In the next round the Russian team will play Czech Republic on Saturday.

The final will be held next Sunday.