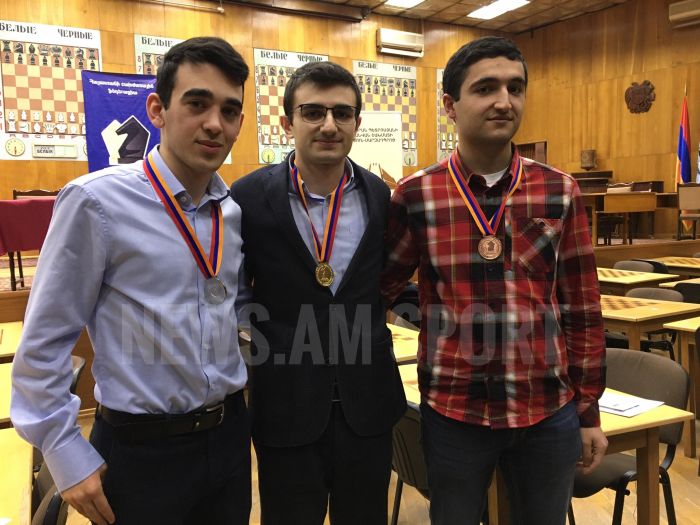 The awards ceremony for the men's and women's Armenian Chess Championships was held at the Tigran Petrosyan Chess House.

Grandmaster Manuel Petrosyan became the chess champion among men in Armenia and scored 8 points out of 11. Hayk Martirosyan got the second place according to additional indicators, and Shant Sargsyan got the third place.

Susanna Gaboyan, Armenian Champion 2021, took the second place with 6.5 points, and Maria Gevorgyan was the third with 6 points.