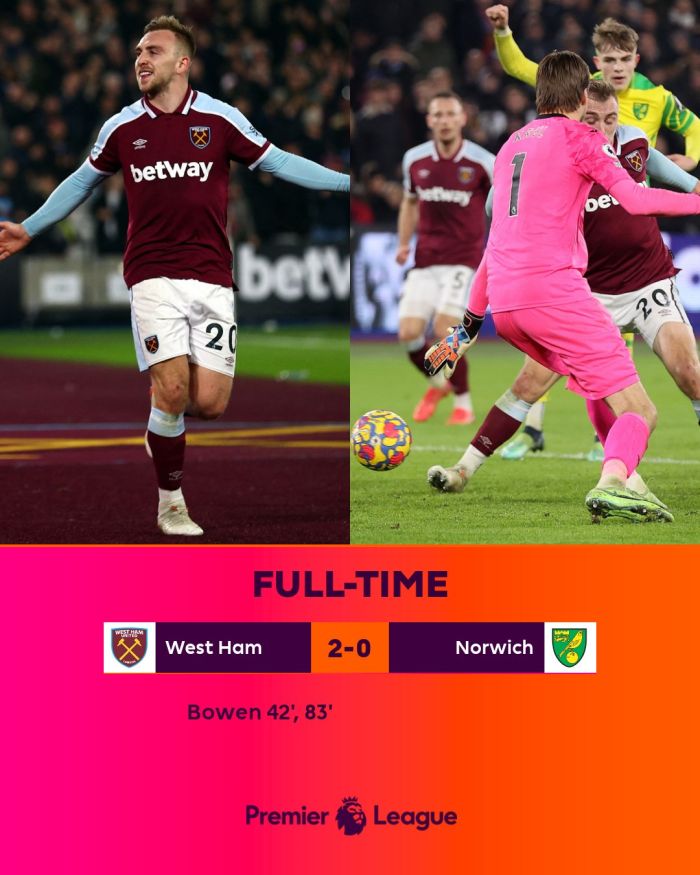 West Ham United hosted Norwich City and won 2-0 in the game that was rescheduled from the 18th round of the English Premier League.

After 21 games, West Ham rose to the fourth place, with 37 points, in the current Premier League standings, and are 2 points ahead of fifth place Arsenal, which have played one less match. Norwich City have just 10 points and are in the last place.