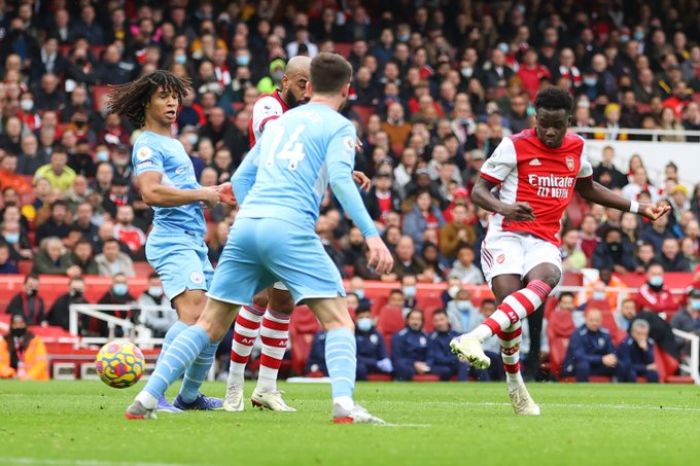 In the 21st round of the English Premier League, Manchester City defeated Arsenal 2-1.

Manchester City lead the standings with 53 points and are 11 points ahead of second-ranked Chelsea with a match in reserve. Arsenal are in fourth place with 35 points.

What's your message to the team at the break? pic.twitter.com/epIYRUy9k8

Action shot from the spot