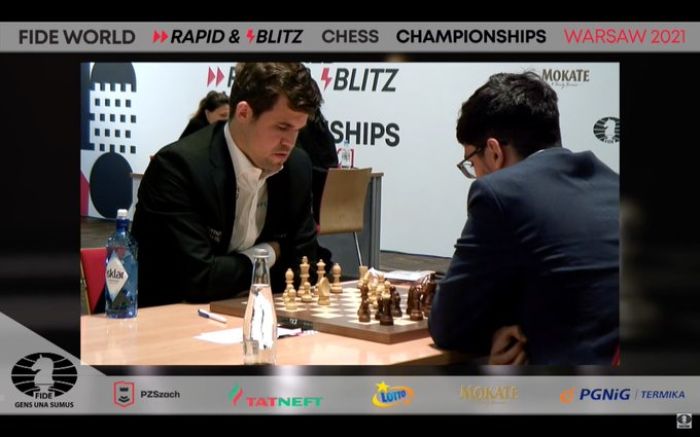 World champion, Norwegian chess player Magnus Carlsen competed with France’s Iranian chess player Alireza Firouzja and defeated the latter in the 53rd step in the 7th round of the FIDE World Rapid Championship in Warsaw.

After defending the champion title following the match with Russian chess player Yan Nepomnyashchi, Carlsen declared that he will participate in the next championship duel, if Firouzja is his opponent.

After the 7th round, out of Armenia’s representatives, the only person who has the best result is Sergey Movsesyan, who scored 5.5 points and is half a point behind leading players Magnus Carlsen and Alexander Grischuk.