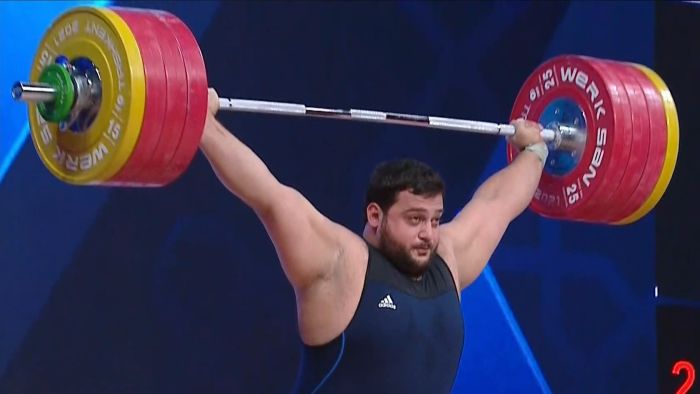 Varazdat Lalayan was declared world’s silver medalist in the +109 kg competition at the World Weightlifting Championships that ended in Tashkent. Silver medalist of Rio 2016 Gor Minasyan scored the bronze medal.

Minasyan failed during the snatch drill and only performed the first approach, lifting 205 kg. Minasyan failed to snatch the 213 kg that Pashik Alaverdyan had requested for the second and third approaches.

Armenia’s other representative Varazdat Lalayan shone in the snatch drill and performed all three approaches. First, he snatched 202 kg, 207 kg, and then 211 kg. During this drill, he scored a small silver medal.

During the first approach, Lalayan failed to lift 240 kg, and then 242 kg and 246 kg during the second and third approaches, respectively.