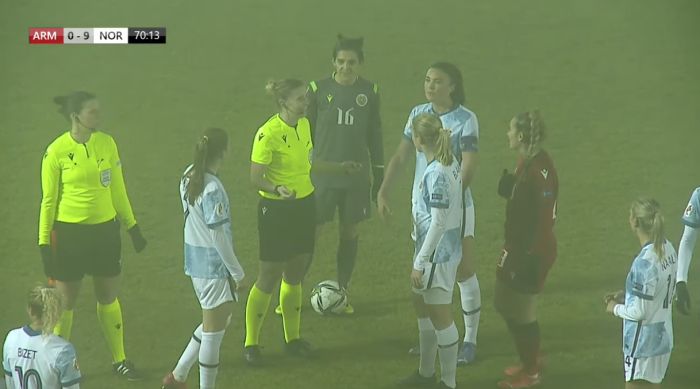 In the sixth round of the World Women’s Championship Qualification, the Armenia women’s football team played against the Norwegian team at the Avan Football Academy. In the 70th minute, the match was stopped due to heavy fog, and the Norway team was winning 9-0.

FIFA’s delegate and the main referee for the match have decided to repeat the match tomorrow at 11:00 a.m. starting from the 69th minute.

During the first match of the teams, Norway was at an advantage with a score of 10-0.

Norway are the leader in Group F with 13 points. Armenia’s team suffered 5 defeats in the previous 5 matches with a total 0:36 score and are in last place.