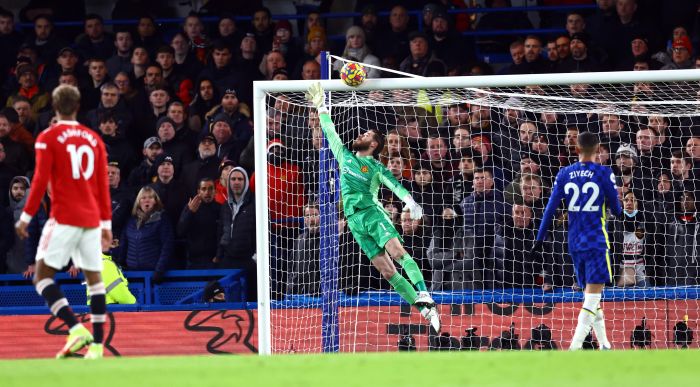 In the 13th round of the England football championship, Chelsea played against Manchester United and tied the match 1-1.

Although Thomas Tuchel’s team had a tremendous advantage in terms of space and game, Manchester United were the first to succeed.

In the 50th minute, the first goal was scored by Manchester United’s English winger Jadon Sancho, who scored his first goal in the Premier League. In the 64th minute, he was replaced by Portuguese forward Cristiano Ronaldo.

In the 69th minute, Chelsea tied the score again thanks to the 11-meter kick made by Italian midfielder Jorginho.

Chelsea are in the lead on the championship table with 30 points and are 1 point ahead of current champion Manchester City, which are in second place.

Manchester United are in 8th place with 18 points.

What a way to get your first #PL goal!

Into the closing stages!