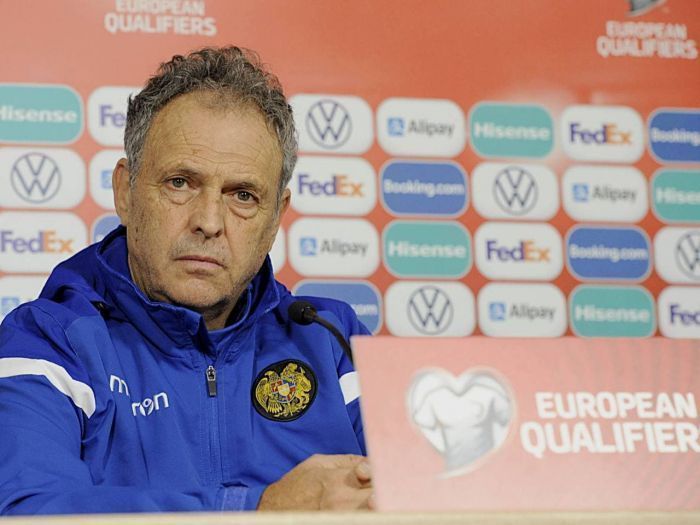 The Spanish manager of the Armenian national football squad, Joaquin Caparros, summed up the qualifying round after losing 1-4 at home to Germany in the last round of the group stage in the European qualifiers for the 2022 FIFA World Cup.

"It was a difficult match, and we were not in a [good] psychological state after the defeat from [North] Macedonia, but the team was able to get together. I think the final score is not so fair; we might not have conceded so many goals. Germany are one of the main contenders for the World Cup title.

"I congratulate our players and our fans because this group of players had been inspiring great hopes for the country for many months, and we had a theoretical chance to book a spot [at the 2022 World Cup] until the previous game with [North] Macedonia," said Caparros.