The Armenia national women’s football team was defeated for the fourth time in the qualifying round of the FIFA Women’s World Cup 2023. In the fourth round of Group F, the Armenia team played against Kosovo’s team and was defeated with a minimum score at Vazgen Sargsyan Republican Stadium in Yerevan. The guests scored their only goal in the 87th minute.

The Armenia team is at the end of the championship table without a point. 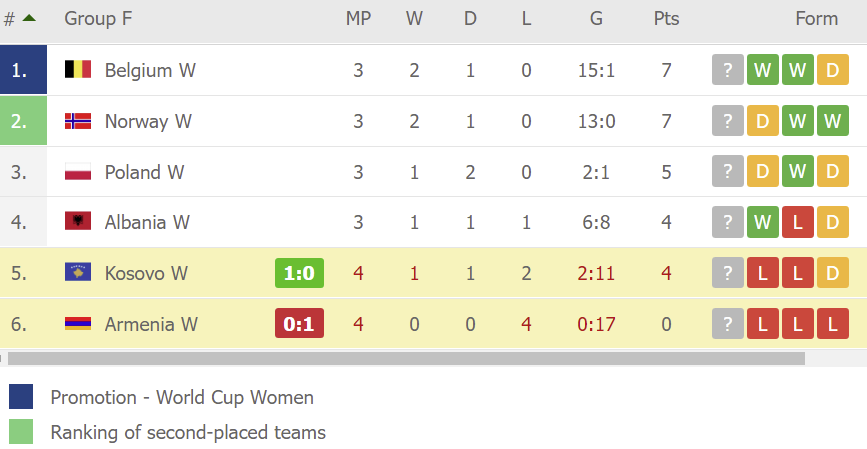