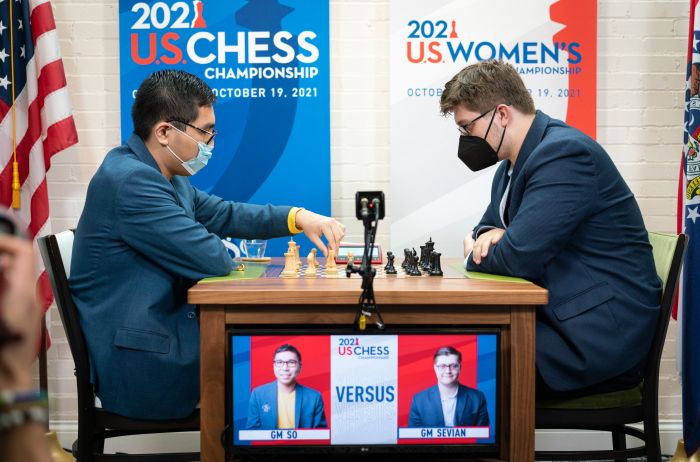 Wesley So became the winner of the US Chess Championship in St. Louis, Missouri. In the tiebreak, he defeated Samuel “Sam” Sevian and World No. 2 Fabiano Caruana.

Caruana became the silver medalist, as he defeated Sevian in their tiebreak, and the American Armenian grandmaster placed third.

These chess masters had scored 6.5 points apiece out of 11 possible. According to the rules of US Chess Championship, the players who garner equal amount of points face each other in a tiebreak. 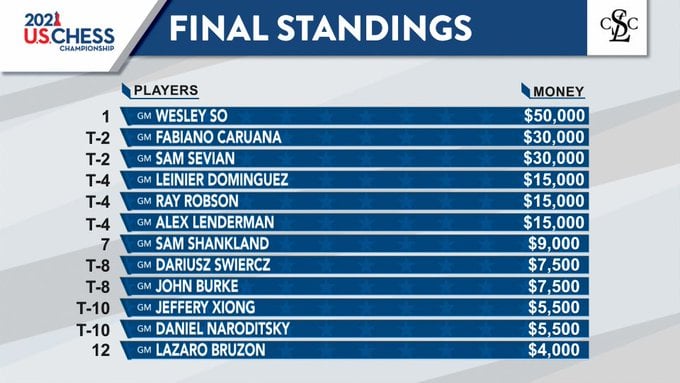 Photos from the #USChessChamps playoff: