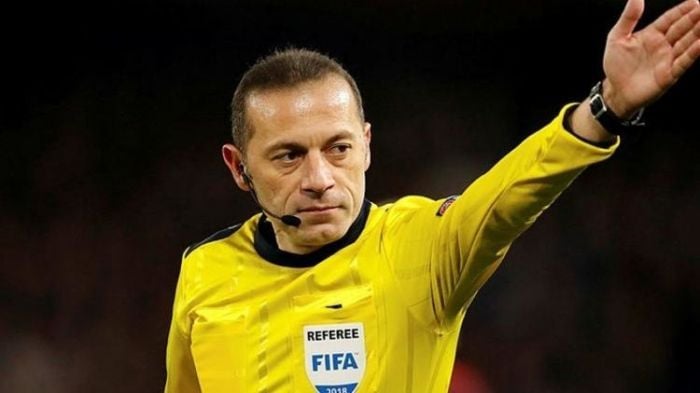 UEFA has decided to dismiss Turkish referee Juneyt Cakir from the Euro Cup matches for the mistakes he made during the Milan-Atletico match in the second round of the Champions League, La Gazzetta dello Sport reports.

Milan’s Italian manager Stefano Pioli slammed Cakir, adding that he doesn’t think the manager did his best during the match.

In the 29th minute of the match, Cakir showed the second yellow card to Ivorian midfielder Franck Kessie and removed him from the field. In the added 7th minute, Atletico’s Uruguayan striker Luis Suarez successfully kicked the 11-meter designated by the Turkish referee. Atletico defeated Milan 2-1.