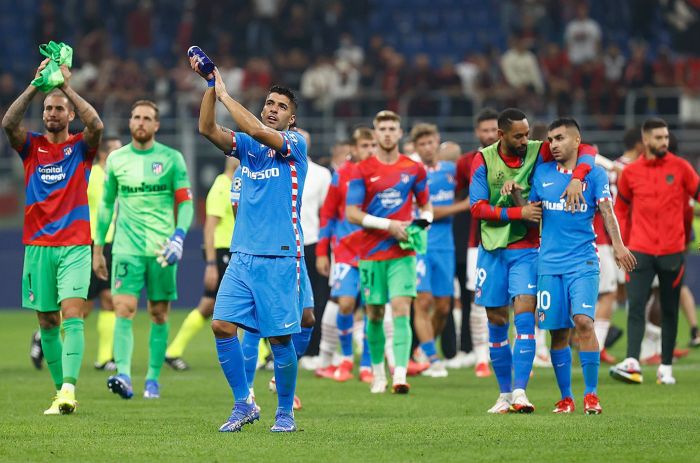 Atletico Madrid striker Luis Suarez has scored in a goalless draw in the Champions League away clash against AC Milan.

In the match in Milan, Suarez scored the winning goal of Atletico in the 7th minute of extra time, unmistakably taking the penalty kick.