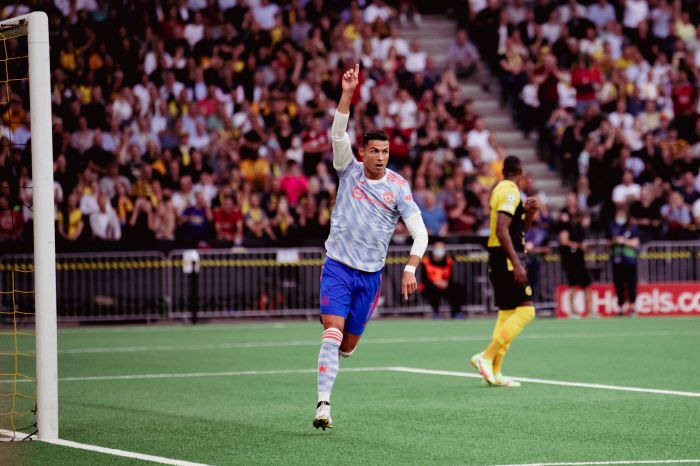 Manchester United played against Young Boys and were defeated 1-2 in the first round of the group stage of the Champions League.

In the 13th minute, the first goal was scored by Portuguese forward Cristiano Ronaldo.

In the 35th minute, Manchester United’s center-back Aaron Van-Bisaka received a red card for standing on the foot of a footballer from the other team.

In the 66th minute, Young Boys succeeded in scoring a response goal. In the added time, the home team scored another goal.

Villareal and Atalanta are also included in Group F.

In Group G, Sevilla played against Salzburg (the teams each scored goals and tied the match 1-1).