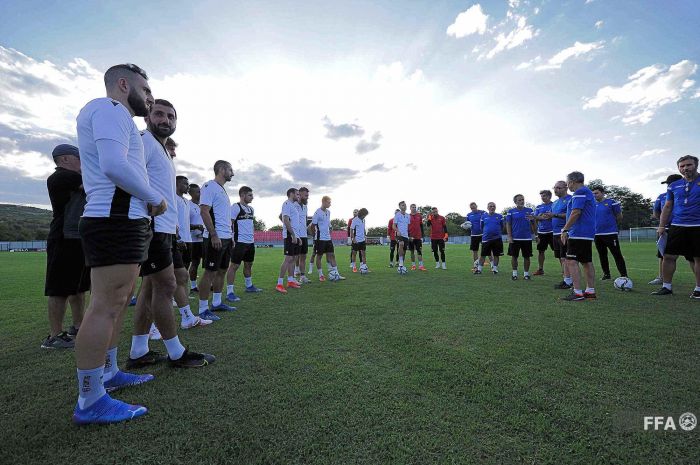 The final squad list of Armenia and the numbers the footballers will wear are known in the fourth round of their Group J match against North Macedonia, in the European zone competition for the 2022 World Cup qualifiers, reported the press service of the Football Federation of Armenia (FFA).

Armenia will play in white kits, whereas the host nation—in red.

The North Macedonia vs. Armenia match on Thursday will kick off at 10:45pm Armenia time.

In their next two qualifying-round group matches, Armenia will face Germany (September 5) and Liechtenstein (September 8).

In the first three rounds of the 2022 World Cup qualifiers, Armenia defeated Liechtenstein (1-0), Iceland (2-0) and Romania (3-2), and are the current leaders of Group J—with 9 points. Germany and North Macedonia have 6 points each, Romania and Iceland have 3 points apiece, whereas Liechtenstein have suffered three defeats.

Photo by the FFA