The squad list includes Armenia’s captain and Roma midfielder Henrikh Mkhitaryan who, by the decision of the aforesaid Spanish football coach, was not called to the previous respective training camp of the national squad.

In the first three rounds of the 2022 World Cup qualifiers, Armenia defeated Liechtenstein (1-0), Iceland (2-0) and Romania (3-2), and are the current leaders of Group J—with 9 points. Germany and North Macedonia have 6 points each, Romania and Iceland have 3 points apiece, whereas Liechtenstein have suffered three defeats. 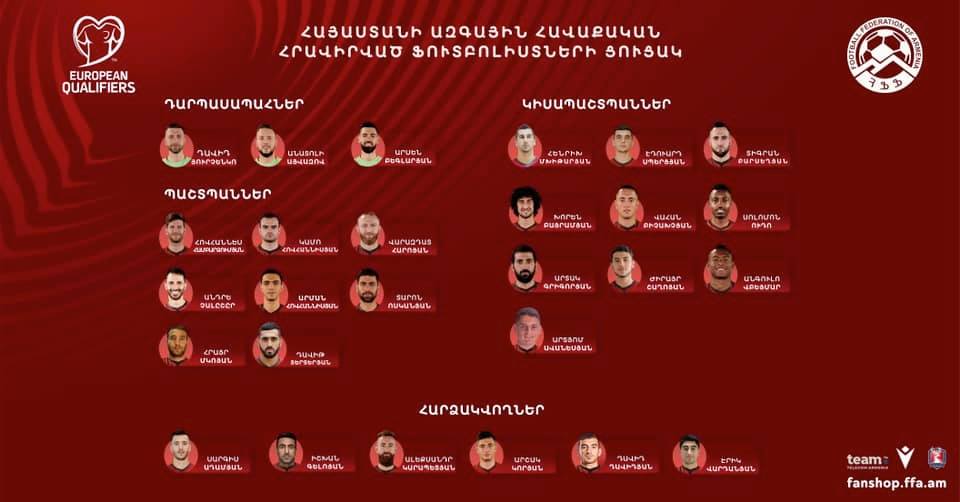