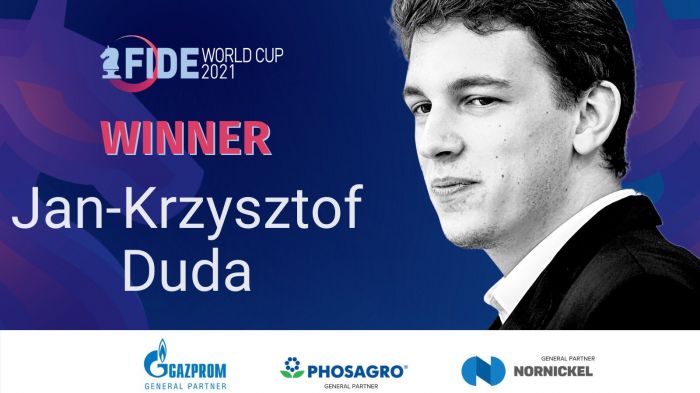 Jan-Krzysztof Duda also scored a pass to the championship of contenders for the title of world champion and a $110,000-dollar prize.

Sergey Karjakin also scored a pass to the championship to be held in 2020.

During the competition for third place, world’s champion, Norwegian chess player Magnus Carlsen defeated Russia’s Vladimir Fedoseev 2-0. In the semi-final, Carlsen had been defeated by Duda.