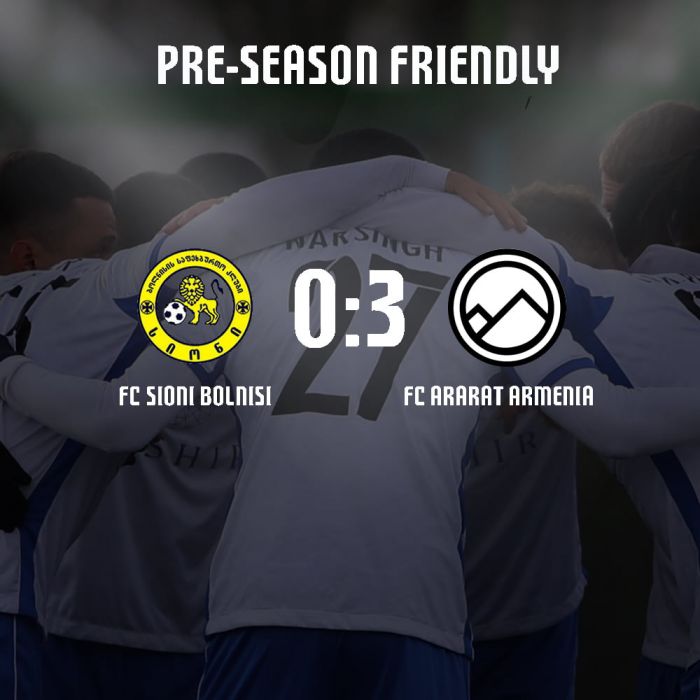 During the first test match in Georgia, the Yerevan football team was defeated by Telavi 0-1.

On July 31, FC Ararat-Armenia will play against champion FC Alashkert in the first round of the Armenian Premier League.