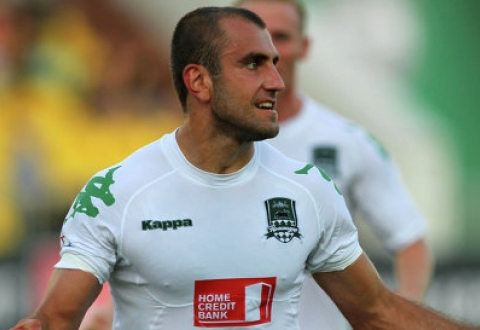 Armenian national and FC Krasnodar Russia forward Yura Movsisyan believed they would have defeated the FC Krylia Sovetov Samara. At the same time, Movsisyan is satisfied with the results of the match against the club (2:2) of the 10th round of the Russian Premier League. In the match the forward opened the scoring.

"Anyway I hoped for winning the match as we did have lots of opportunities. However, Krylia Sovetov is a good team as well. The fact that we earned a score this is what matters. It is football and anyone can make a mistake so no need to judge who was to blame that we did not earned three points,” club’s official website quotes the player.