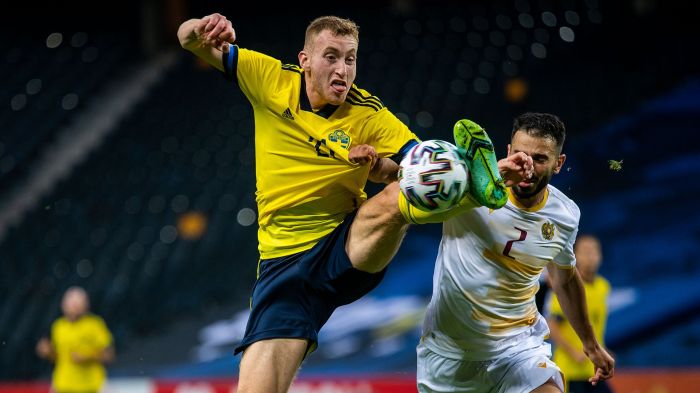 The undefeated series of the Armenian national football squad did not continue in their tenth match.

Four days after their 1-1 draw in a friendly with current Word Cup runners-up Croatia, Armenia played a friendly match also with Sweden, which are preparing for Euro 2020, but lost 1-3 in their match played in the Swedish capital Stockholm.

But Armenia scored in the eleventh game in a row.

Armenia and Sweden met for the first time in history.