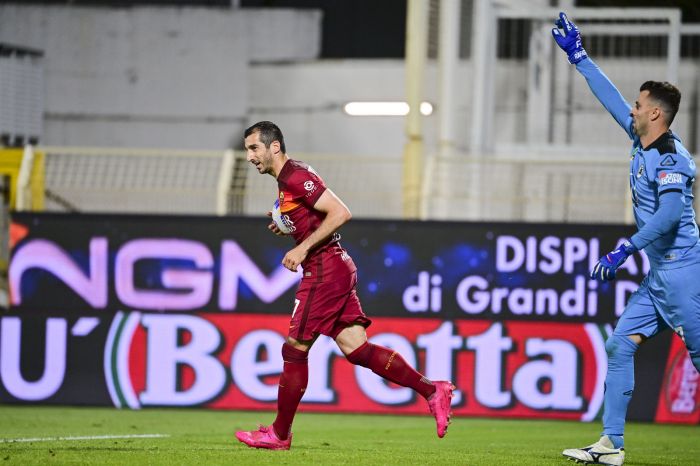 This season in the Italian Serie A is concluded, in the last—38th—round of which the goal of the midfielder of the Armenian national team, Henrikh Mkhitaryan, has booked Roma a ticket to the European cups.

Roma played a 2-2 draw in their away game against Spezia, finished seventh, with 62 points, in the Serie A, and qualified for the UEFA Conference League.

Mkhitaryan was among the Roma starters, he played the entire match, and scored Roma's second goal in the 85th minute, making the score 2-2.

In this Serie A season that ended, the 32-year-old Armenian international scored 13 goals and made 11 assists in 34 appearances for Roma, and became the latter’s top scorer this season.