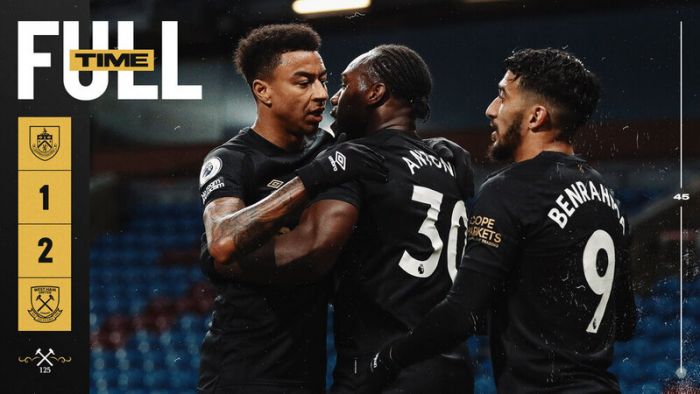 West Ham United were hosted by Burnley and won 2-1 in the 34th week of the English Premier League.

West Ham are fifth, with 58 points, and 3 points behind fourth-place Chelsea in the current Premier League standings. Burnley are sixteenth, with 36 points.