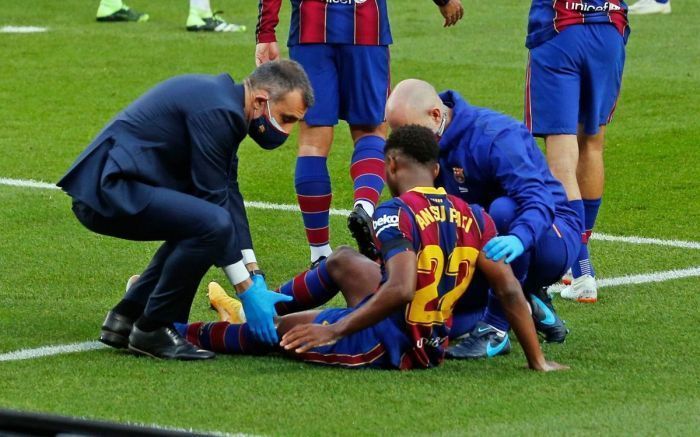 Forward for FC Barcelona and the Spain national team Ansu Fati, 18, has undergone his third meniscus surgery and won’t be able to participate in the final Euro-2020 tournament, AS reports.

Ansu Fati is expected to resume training in July and prepare for the next season.

Fati underwent his first surgery in November and was expected to resume training in January, but this was postponed until March and later until April.

During this Spanish championship, Fati played 7 matches and scored 4 goals. His contract will end in the summer of 2022.