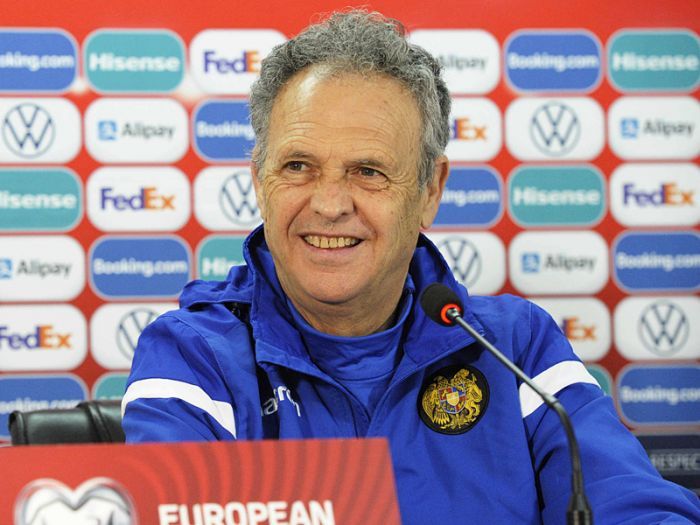 "We’ve begun the qualifiers [for the 2022 World Cup in Qatar] with a lot of enthusiasm but remain conscious of how tough our group is. We’ve started well, but we're keeping our feet on the ground. We’re in with teams like Romania, Iceland, North Macedonia, and especially Germany, which are very strong. That’s where we find ourselves, but we’re hopeful and excited, and no one can take that away from us," Caparros says.

"We have to take it one game at a time and see how far we can go. We’re not playing again [in the qualifiers] until September, so we'll see how the players are doing. We’re relying on our strength as a team as well as mental fortitude," her added.

“So let the people of Armenia enjoy the victories, and let us focus on our working methods," he concluded.

For the first time in history, Armenia have started their qualifiers for the World Cup with three wins and are the current leaders of Group J, with 9 points. North Macedonia and Germany, which are second and third, respectively, have 6 points each.