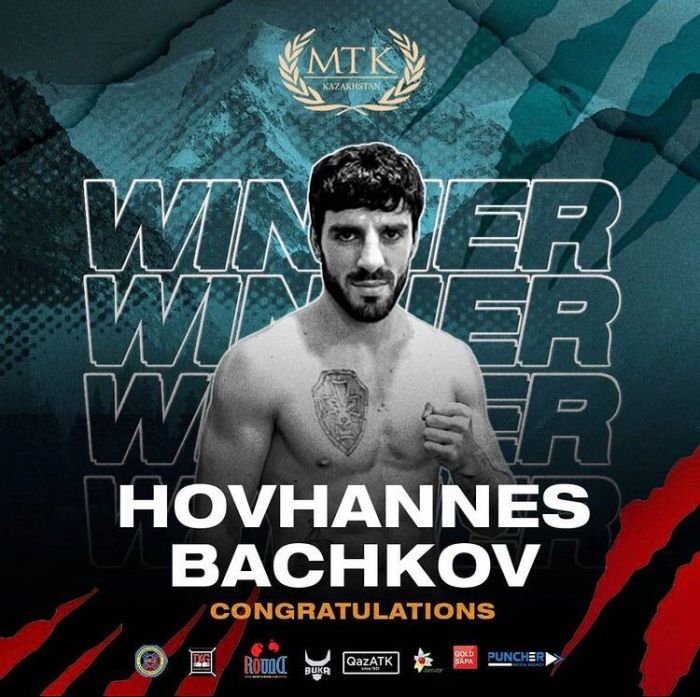 During the #MTKFightNight held in Almaty, Kazakhstan, Bachkov knocked out his opponent in the first round.

The boxer’s first duel in the professional ring was held at Rotunda Rumble IV on October 9, 2020 in Dubai where, by the unanimous decision of the referees, Bachkov won 32-year-old Venezuelan Samuel Gonzalez.

Bachkov had dedicated his first victory to Armenian soldiers.

In July 2020, Bachkov signed a three-year contract with MTK Global. According to the contract, alongside his performance in the professional ring, Europe’s two-time champion will also train for the rating tournaments of Tokyo 2020.