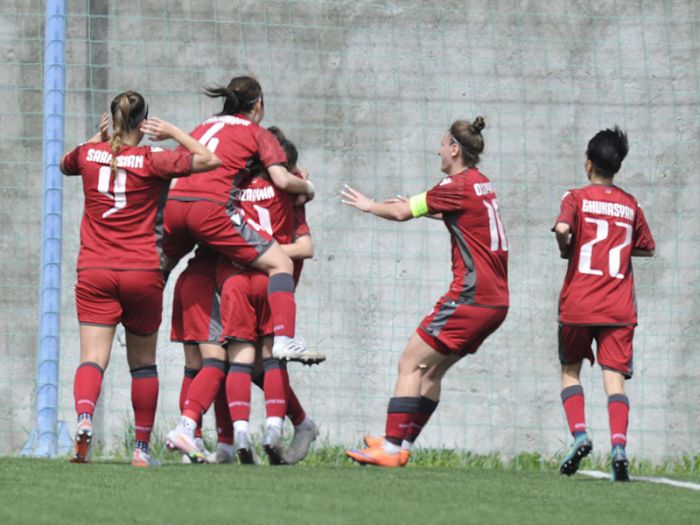 The Armenia women’s football team began the Our Game international friendly tournament with a victory.

On April 8, the second match of the first round between the Armenia and Lebanon teams took place at Pyunik Stadium. The Armenia team won 2-0. At the 6th minute, Celine Haddad scored an own goal, and at the 45th minute, Maral Artin scored the second goal.