The final roster of Armenia in their third-round match against Romania in the 2022 World Cup qualifiers is announced.

Armenia and Romania have faced each other five times before, the Romanians won four of them, and one match ended in a draw.

Wednesday’s clash in Yerevan will kick off at 8pm Armenia time.

After the second round in Group J of the 2022 World Cup qualifiers in Europe, Armenia and Germany have 6 points each, Romania and North Macedonia—3 points apiece, whereas Iceland and Liechtenstein have suffered two defeats. 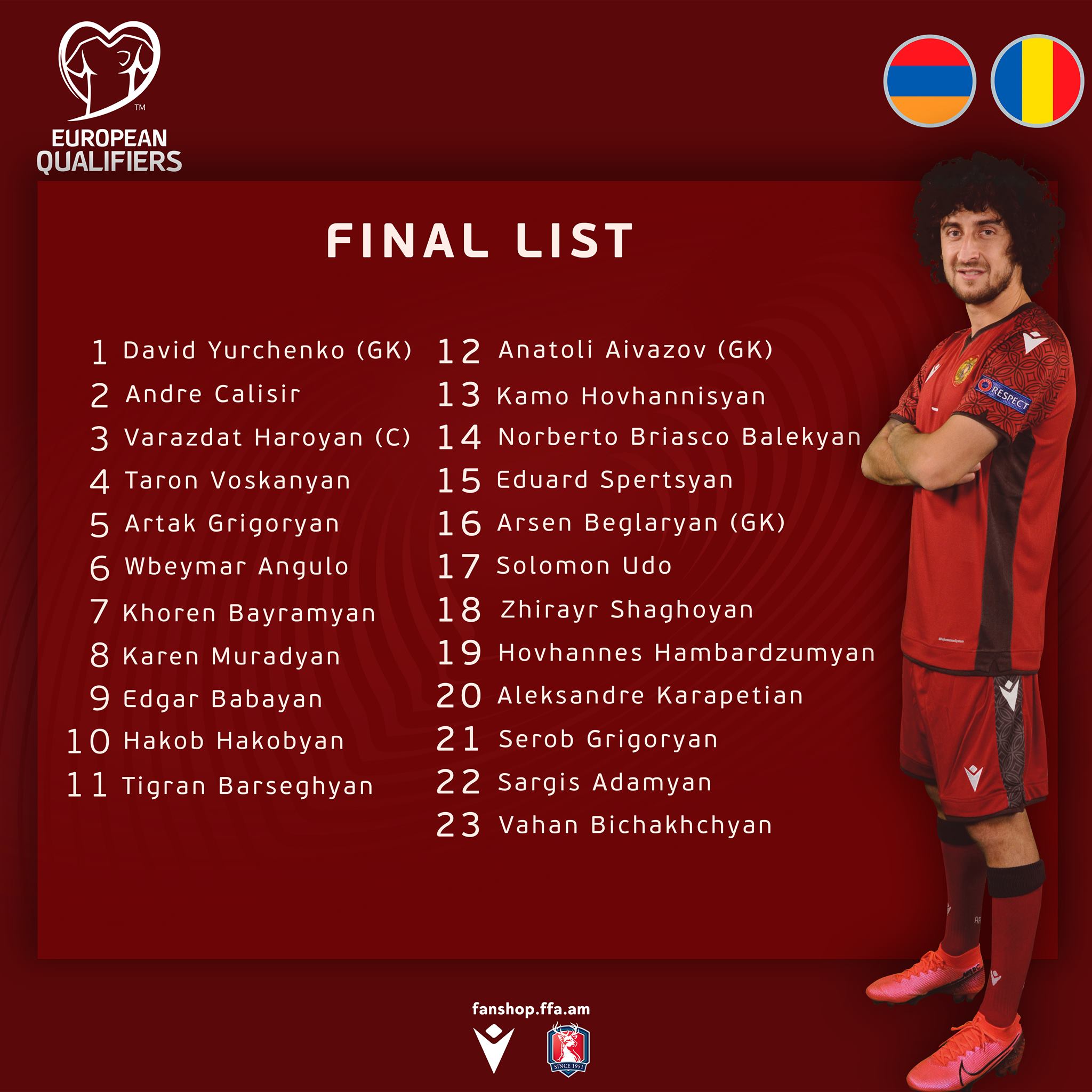