Caparros: We're dedicating this victory to the fans 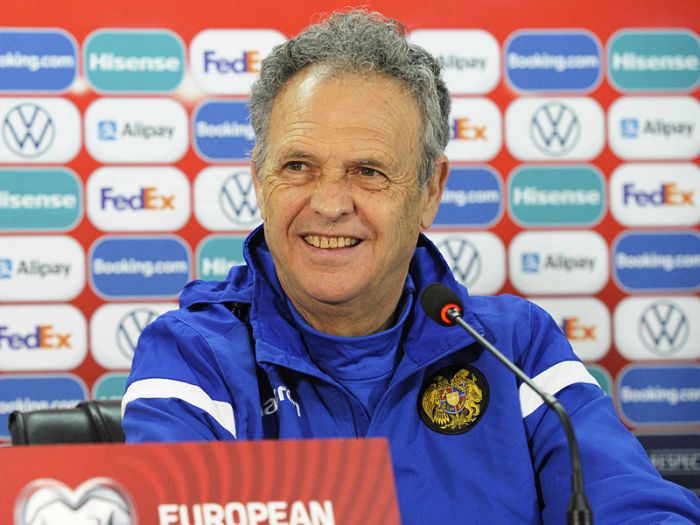 Spanish manager of the Armenia national football team Joaquin Caparros touched upon the team’s victory over Iceland in the second-round clash in the group stage of the European qualifiers for the 2022 World Cup.

Caparros stated that the members of the team did an incredible job in the presence of the team’s fans and that the team is dedicating the victory to them. Caparros also said he is proud of the team.

After the second round in Group J of the European qualifiers for the 2022 World Cup, the Armenia and Germany national teams each have 6 points, Romania and North Macedonia each have 3 points, and Iceland and Lichtenstein suffered two defeats. On March 31, Armenia’s team will play against the Romanians.