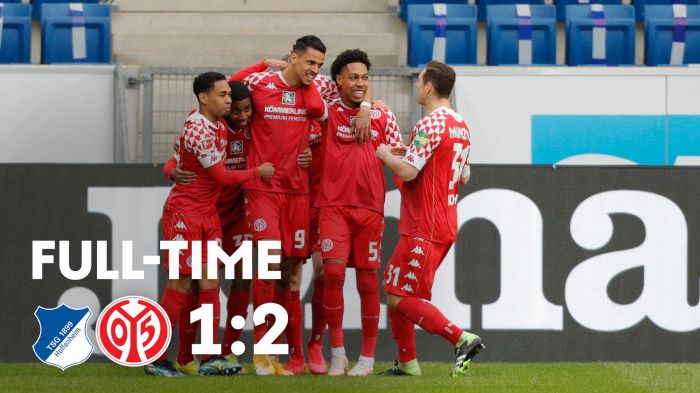 In the 26th round of the German football championship, TSG 1899 Hoffenheim were defeated by Mainz 1-2 at home. All the goals of the clash were scored during the first half.

Forward for the Armenia national football team Sargis Adamyan was among the substitutes of TSG 1899 Hoffenheim, but wasn’t sent to the field.