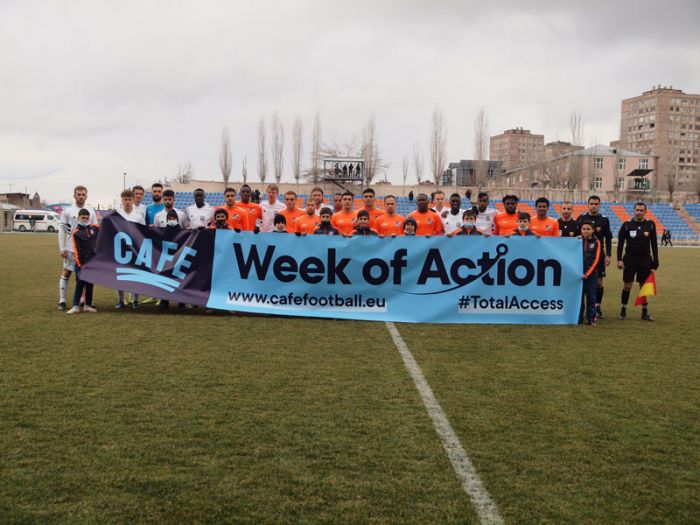 The Football Federation of Armenia (FFA) supported the CAFl Week of Action 2021 for fans with disabilities this year as well, and the slogan was “Complete Access”, the FFA’s press service reports.

There are more than 1,000,000,000 disabled persons around the world (15% of the global population). Nevertheless, those with disabilities are often one of the most vulnerable groups that are not very much represented. In this difficult period, sport is the force that can promote inclusive changes in the society.

The vision of the CAFL is to contribute to the involvement of fans with disabilities in football games and ensure their lawful place in football as fans, guests, volunteers, employees, coaches, players, leaders and decision-makers.

The FFA collaborates with Europe and other interested parties scattered beyond Europe with the purpose of spreading the idea of universal involvement and access for everyone.

The FFA expresses gratitude to the fans with disabilities for their involvement and ongoing support.