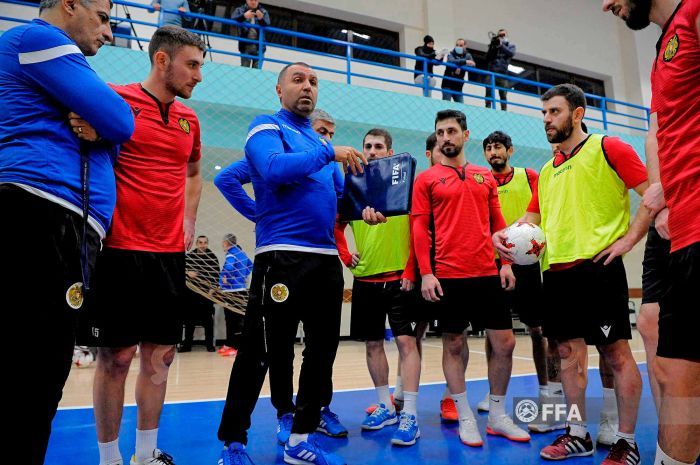 In the third round, Ruben Nazaretyan’s team played against the Georgia team and was defeated 0-5.

The Armenia national futsal team is at the end of the table of the second group with one point. Georgia is in second place with 4 points, and the leader is Russia, which has 6 points after two games. France, which played 2 games, is in third place with 2 points.

During the two starting games of the UEFA Futsal Euro 2022 qualifying competition, the Armenia national futsal team was defeated by world’s vice-champion Russia (0-6) and tied the match with the French team (4-4), against which the Armenia team was winning 3-0 during the game in Yerevan. The Georgians lost to the Russians 0-4, and the match against France ended with the score of 4-4.