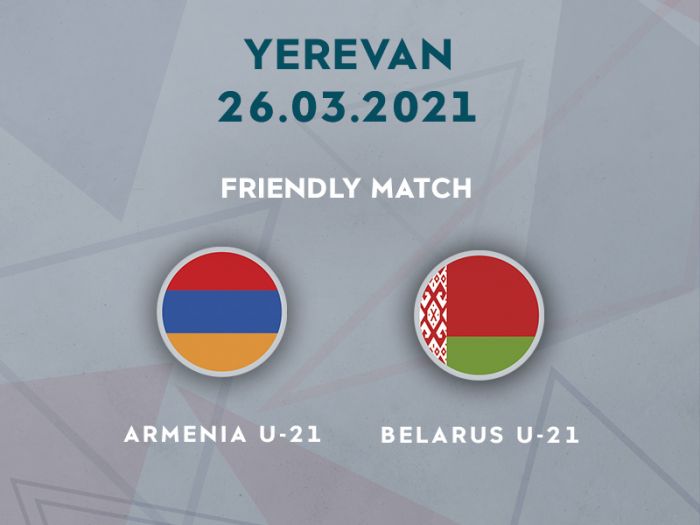 The Football Federations of Armenia and Belarus have reached an agreement according to which the U-21 teams of both countries will play a friendly match on March 26 in Yerevan, the press service of football club reported.

In October, the Armenian youth football team was managed by Rafael Nazaryan, who had replaced Spanish manager Antonio Flores (Nazaryan had also managed the team in 2011-13).