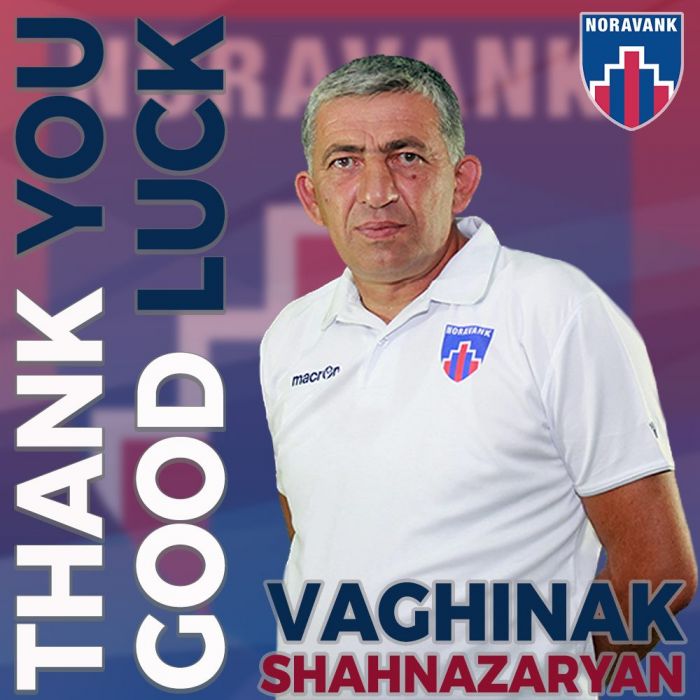 Goalkeepers’ coach Vaghinak Shahnazaryan has left the coaching team of FC Noravank, which is a newcomer at the First League Championship of Armenia, and his contract has expired, the press service of the football club reported.

FC Noravank expressed gratitude to Vaghinak Shahnazaryan and wished him success in the future.

During the First League Championship, Vahe Gevorgyan’s FC Noravank scored 20 points after 14 matches and is in 5th place.