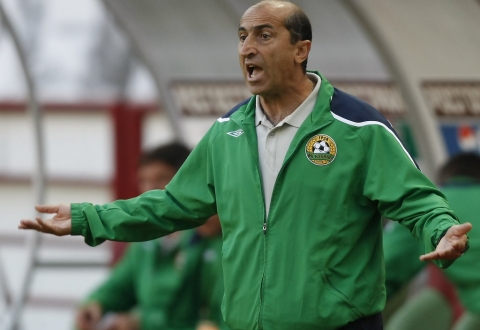 Former coach Poghos Galstyan of the Russian First Division’s FC Kuban of Krasnodar has been included in the coaching staff of FC Khimki in Moscow Oblast (Region), the club’s website informs.

Galstyan coached FC Kuban between 2008 and 2009, and he was the club’s acting head coach in several matches.

Prior to his move to FC Khimki, the 51-year-old trainer also worked for the Russian Second Division’s Nika Moscow.

To note, Poghos Galstyan is also a former midfielder of Armenia’s national football  squad. He played in one international match for the team in a home friendly against Malta on  July 16, 1994.