Mkhitaryan is named Man of the Match in clash against Parma 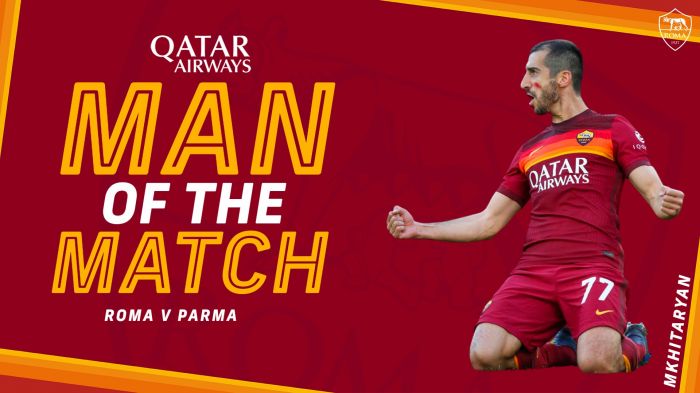 Roma midfielder Henrikh Mkhitaryan was named the Man of the Match in their Italian Serie A clash against Parma.

In the current season of the Serie A, the 31-year-old midfielder has scored 5 goals and made 4 assists in 8 appearances for his club.