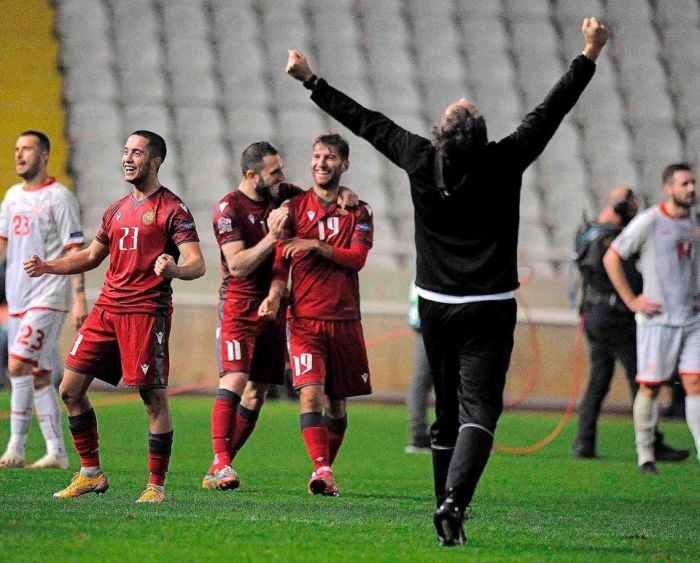 Midfielder for the Armenia national football team and Slovakia’s Zhilina team Vahan Bichakhchyan dedicated the victory over North Macedonia in the sixth and final match of the Second Group of the UEFA Nations League Division C to Armenian soldiers.

“A great day for Armenia! I congratulate all of us for this historic performance and dedicate the victory to our heroic soldiers, who sacrificed for our holy homeland and will always be honored and remembered. Powerful Armenian nation!” the 21-year-old footballer posted on his Facebook page.

After the match held at GSP Stadium in Nicosia, the Armenian team won with the minimum score thanks to a goal scored by Hovhannes Hambardzumyan and, winning first place with 11 points, scored a pass to Division B of the UEFA Nations League. North Macedonia won second place with 9 points, followed by Georgia and Estonia with 7 points and 3 points, respectively.