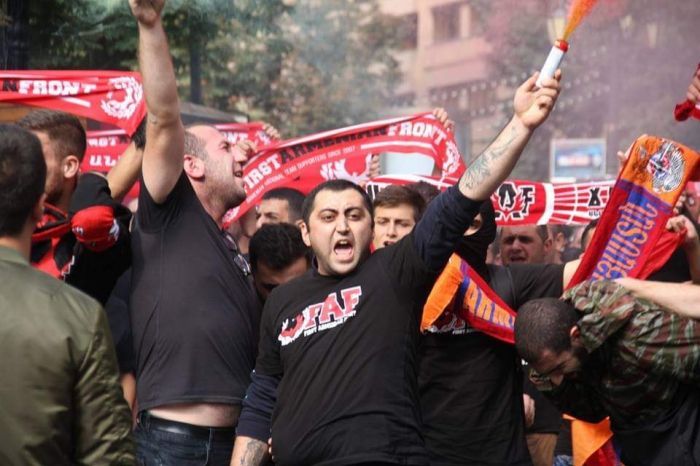 The Uniti sub tricolor group of Romanian football fans has respected the memory of member of the FAF movement of fans of the Armenia national football team Aris Stepanyan, who died heroically during the heated battles on the Artsakh-Azerbaijan border a few days ago.

The Romanian fans placed a poster with the following note near the Armenian church in central Bucharest: “The stars that fell in your war don’t fade away, Be Brave! They shine in your lives all the way! In the memory of Aris Stepanyan!”