US Open: Zverev, Thiem to clash in final 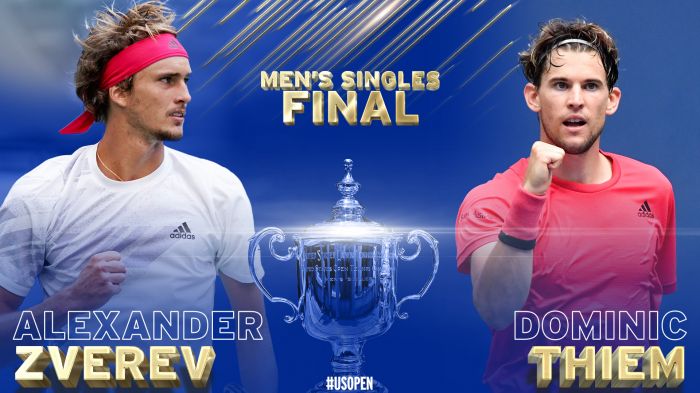 The semifinals of the men's singles were played Friday at the US Open.

The Zverev vs. Thiem final is slated for Sunday.