Thomas Tuchel on his team's advance to Champions League semi-finals 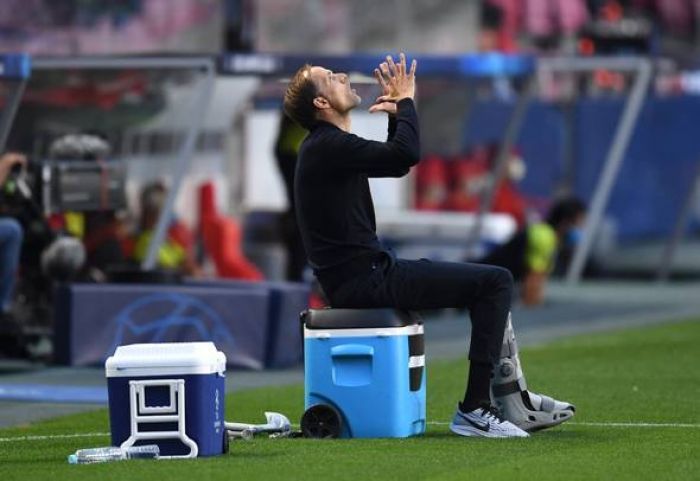 "It was very difficult to prepare the team," he added once the celebrations had subsided. "There was no rhythm because there were no games, but I could feel in the last days that the determination, enthusiasm and effort of the group, the quality of the training and the mix between love and hard work, was exceptional.

"For me, it was a deserved win, but if you score so late it was also luck - but I'm the first one to admit you need luck."