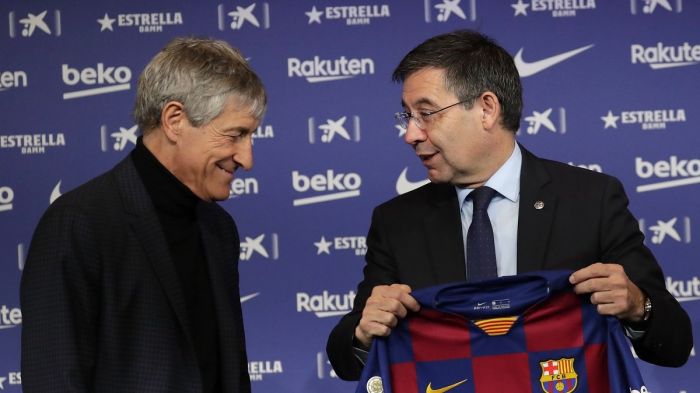 "I know there were reports which came out and said if he didn't win the next two matches we'd replace him with 'Pimi' (Garcia Pimienta) but we never spoke about that. Not with Abidal, Planes or the board of directors. Setien is our head coach," Bartomeu noted.

Asked whether there is any replacement available, he noted: "We haven't spoken to anybody. Not Blanc or anyone else. I've spoken to Xavi because we have a good relationship but he recently signed a new deal at his current club. Xavi will coach Barça one day and he'll decide when that is. And whoever brings him here will be right to do that, but only when he feels ready."